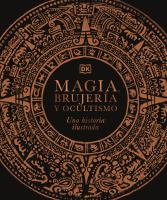 The undisputed protagonist of the Conquest of Mexico tells her true story. During the spring of 1519, Hernán Cortés receives several slaves as payment, without knowing that among them is a young woman who will change his destiny. Malintzin, also known as Malinche, can speak Mayan and Nahuatl fluently, and she will use these languages to survive in the midst of an inevitable war and a world that will cease to exist between smoke and fire. In an intimate way, this unforgettable novel recreates the life of a woman who was the protagonist of moments and battles that marked the violent clash of two worlds, and who brought words between the Castilian captain Hernán Cortés and the huey tlatoani Motecuhzoma, two men who had very different ideas about life, honor, faith, and death. It also rescues the most unknown periods of Malitnzin's life, from her childhood and adolescence until the early years of the Spanish Colony in America, after the fall of Great Tenochtitlan. Without a doubt, this revealing novel invites us to reflect on one of the most painful and least understood moments in Mexico's history.....

A fascinating journey through the history of France. General Charles de Gaulle said: "France cannot be France without greatness." The Gallic country is famous for its gastronomy, its landscapes, its culture and its history, in which legendary figures such as Vercingétorix, Charlemagne, Joan of Arc, Louis XIV, Marie Antoinette or Napoleon stand out, as well as unforgettable battles such as Crécy, Agincourt, San Quentin, Bailén or Waterloo. In this volume, John Julius Norwich, one of the foremost historians of our time, offers us a comprehensive yet concise history of France, a country that has always fascinated him. From the conquest by the Romans to the end of the Second World War, through the great medieval dynasties, the consolidation of the Old Regime, the Revolution, Vichy or the Resistance, Norwich accompanies us on a journey through twenty centuries of history, often violent but always fascinating. Known heroes and villains parade through these pages, but also forgotten characters worthy of praise. With the skill, elegance and humor that characterize his pen, Norwich gives us a masterful and vivid account of the history of the country that has perhaps most influenced European history and culture.....

Children and adolescents - just like adults - face a global crisis... but with far fewer emotional tools. How can we help them? From one day to the next, Covid-19 caused millions of children to come face to face with grief, illness, parental unemployment, distance learning, family abuse, isolation and uncertainty. The pandemic put them, all of a sudden, in a situation that no one had prepared them for … and for which no mom, dad, teacher or guardian was ready. This book seeks to solve that problem. This book reveals a host of emotional and therapeutic options so that children can overcome this crisis and, in the end, turn it into growth and well-being.....

More than a book, this object is a fifty-season carnival, a parade behind the scenes of Mexican culture. There we find Tin Tan and Pita Amor, María Félix and Monsiváis, Piporro and Tongolele, Nahui Olin and Jorge Ibargüengoitia, the beats and Marilyn Monroe, Vitola and José Revueltas, among many others. As they walk by, they share their vices, superstitions, quarrels, and nicknames, the loving quadrangles they made up, and the cabarets they frequented. Guided by Julia Santibáñez’ unsatiable curiosity, we find out who was a guest at Lecumberri or at Carlos Fuentes’ home, which writers became actors, which movies and books enjoyed the reverse marketing of censorship, and why. Here you will find what other more formal books will never mention about writers, artists, and intellectuals. Come on in, reader, this is your party.......

Inspired by the faithfulness and boldness of the great biblical prophets Elijah and Elisha, bestselling author Samuel Rodriguez explores the power of persevering with hope in the midst of the dark times in which we live. If painful circumstances or loss have left you tired and discouraged, then hold on to God's promises and get ready to complete your assignment! No matter what you are experiencing, don't doubt for a second that God is at work in your life. Hell cannot stop the prophetic anointing that God has placed on you. Determine that you will persevere--and expect an outpouring harvest from the unlimited and living God!....

The trip to the Iguazú Falls of Federico Benítez and his children is already arranged, but a call alters the plans at the last moment: an old and urgent debt of gratitude forces him to change course and get on his way, with those two upset trailing teenagers towards distant Patagonia. In four days of travel, this self-absorbed and clumsy man will tell young people a hidden story that is his, his and that of his soulless adolescence, his and that of the First Interdivisional Soccer Tournament of the National Superior Normal School Arturo Del Meek, played in 1983. And that soccer tournament, with its arbitrariness, with its cheating, with its pettiness, but also with its greatness, with its lights and shadows, will be for this fifteen-year-old boy a laboratory of life from which he will emerge transformed. In the form of a travel story, an initiation novel, Eduardo Sacheri traps us in an exciting story about human bonds and shows us how a generous figure capable of changing the course of a life..... 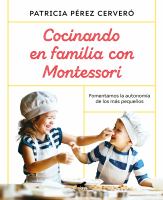 Cooking as a Family with Montessori is a cookbook aimed at children and offers parents the opportunity to actively participate in the development of self-esteem and various essential life skills. It has a dual purpose. On the one hand, to guide parents in the accompaniment of their children while they increase their autonomy by carrying out sensory and enriching activities such as cooking in an environment prepared and based on the Montessori Method. On the other, to provide children with the means to acquire the skills that autonomy implies, while having fun cooking with the family and creating unforgettable moments and memories. The book includes, in addition to twenty-two delicious recipes adapted to the different ages of the children according to their level of difficulty, practical life activities related to cooking, recommendations to generate a kitchen environment inspired by the Montessori Method, tips to create your own urban garden and grow your own food, guidelines for acquiring habits of grace and courtesy, basic safety rules for cooking, instructions on how to prepare some foods and recommendations for a healthy and varied diet.....